Katia Velasco subdirectora del Master en International Finance del IEBThe Spanish economy comes from a difficult position. The loose monetary and credit policies led to excessive private sector indebtedness and a housing bubble (house prices rose 82%) between 2003 and 2008 which then burst. The burst of the housing bubble had a number of consequences:

Is there light at the end of the tunnel? There appear to be some good news: 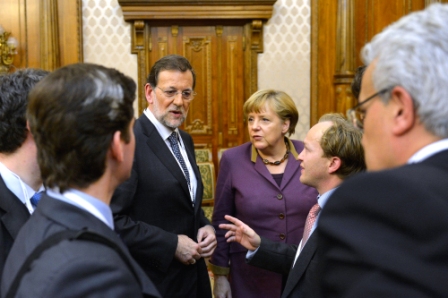 Also, the Spanish Government has introduced a two pillar approach to promote growth and reduce the deficit:

The Government also expects negative growth in National Demand to be partially offset by export‐led growth in 2012 and 2013, private consumption and investment to resume growth in 2014, a public deficit of 5.3% of GDP in 2012, an unaltered the target of 3% for 2013, and a Debt to GDP ratio reduction starting from 2014 onwards.  However, it´s not all good news. Having recorded a deficit in 2011 of 8.51%, Spain will unlikely meet its European deficit target of 5% in 2012. Current Spanish deficit forecasts are 6.4% from Brussels and 6.8% from the IMF. Also, there are other non-neglectable threats to the Government´s outlook, some of which include:

Some clouds seem to have lifted for Spain, however, there is a long road ahead for the Spanish economy to recover and it will most probably not be a smooth ride.

Estás en Inicio » Actualidad » Noticias » The future of the euro, a focus on the Spanish Economy

2 comentarios de “The future of the euro, a focus on the Spanish Economy”